Vipology Will Reveal Sexy New Smart Speaker Skills for Radio at VS3 “Top Secret” Demos at NAB Las Vegas; Will Give Away Amazon Echos to Three Lucky Radio Pros Attending Monday and Tuesday’s Demo Sessions at the Wynn Hotel

LOS ANGELES, CA, April 8, 2018 – Vipology, a leading technology company engaged in building digital products and services to create inexpensive utility for users, broadcasters, and advertisers, announces that it will offer radio stations free customized Benztown-produced pre-roll and :30 promotional spots, including an on-air promo for stations designed to activate smart speaker invocations of their station by listeners. The pre-roll and promotional spots may be sold to sponsors by local AEs for additional revenue for stations, and will be automatically updated for stations every six weeks. A new promotional spot will also be included for download via Vipology’s VS3 Dashboard.

Chris Peaslee, Chief Executive Officer, Vipology, said: “Smart Speakers are such a big boon for radio to improve TSL and listening in the home. Audio from Benztown is fun and compelling, making it turn-key for stations to get started and sound great with their new VS3 Alexa skills from Vipology”

Dave “Chachi” Denes, President, Benztown, said: “We’re excited to partner with Vipology to offer to stations free Benztown-produced pre-roll and 30-second promotional spots to help listeners access stations on their smart speakers. In addition, we will provide stations with updates tied to current events throughout the year, including holidays. The promos will be format specific, and will highlight your station brand. If stations would like to use their own talent, a shell will be included along with the fully produced version. Now is the time to educate listeners on how to call up your station on their smart speakers, and we can help stations do that in a way that is fun and engaging and enhances their programming and brand.”

Vipology will be demonstrating VS3 (A Top Secret Demo) at the Las Vegas NAB Show on Monday, April 8 th and Tuesday, April 9 th in the Vipology Suite at the Wynn Hotel. To register for a 30-minute demo session, radio professionals should visit: http://www.vipology.com/NAB-Demo

Vipology’s VS3 deliverables include quickly securing the stations’ brands on smart speakers in the midst of a virtual “land grab” for names, much like the URL land grab in the dot-com boom of the ‘90’s. In addition, Vipology works with stations in a customer-informed process to maximize their placement on smart speakers for cash or barter, and with no setup fee. Vipology also adds new features and skills for stations without additional fees.

Smart speakers have seen broad consumer adoption in the U.S. in recent months, with increasing momentum in 2018.  A recent study from Juniper Research found that smart speakers such as Amazon Echo, Google Home, and the Sonos One will be installed in over 70 million U.S. households by 2022, reaching 55% of all homes, For more information on VS3 and to get Benztown&#39;s free pre-roll and promotional spots for activating listener invocations of stations on smart speakers, see us at the Vegas NAB Show, or contact Michael W. Kay at (213) 432-1800 or at [email protected]

To listen to samples of Benztown’s pre-roll and promotional spots, visit: https://www.dropbox.com/sh/k7s0sdr8fe6o18z/AABq35o0JeAJm0oCY9cNrPXXa?dl=0 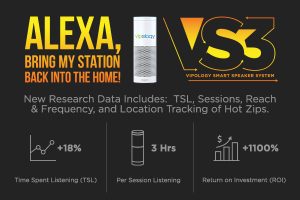 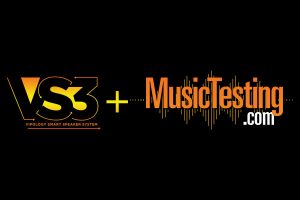